After competing in the last two global tournaments, the USA were beaten 38-16 by Cook islands, who claim the 16th and final berth at the World Cup in England.

The Kukis led 12-6 at halftime in the final repechage encounter at the UNF Rugby Field in Jacksonville.

Winger Bereta Faraimo gave the home side more than a glimmer of hope by narrowing the margin to just two early in the second half and even when the margin opened up again, Sean Rutgerson's side hit back with another try.

But in unseasonably chilly conditions, it was just too much for the Americans against a team made up of seasoned professionals from both hemispheres.

A searing 55-metre try from the kick-off to Cook Islands in the final minute topped off their display.

Things started well for the Kukis when they got the ball back from the kick-off.

At the nine-minute mark, prop Vincent Rennie broke through in mid-field and found halfback Troy Dargan training through in support. Steve Marsters goaled from in front.

Anthony Gelling was next to score.

After a penalty, the centre took an inside ball from Brad Takairangi and dotted down to the right of the posts with Masters landing an easy conversion with 18 minutes gone.

But a little shimmy from second rower Matt Shipway allowed the Hawks to post their first points 11 minutes before halftime.

A long cutout pass gave the Kukis defence enough reason to hesitate and the Port Macquarie forward took the opportunity to wrongfoot an opponent. Faraimo added the extras.

Immediately after the resumption of play in the second half, Bureta Faraimo scored out wide for the United States off a Ryan Burroughs offload and Faraimo was unable to convert from out wide.

At 52 minutes, Cook Islands lock Dominique Peyroux was sent to the sin bin for a lifting tackle, giving the Hawks a numerical advantage.

But instead of ramming home the advantage, the Hawks conceded a try when Brisbane Broncos star Alex Glenn launched himself at the try line on the left side, referee Scott Mikalauskas checking his touch judges before pointing at the spot.

Steven Marsters was unable to convert.

But with 15 minutes remaining, Tony Iro’s side appeared to seal victory when he bustled his way over on the left side, close enough to the posts for South Sydney signing Marsters to add two points.

But Rory Humphreys’ grubber kick with 11 remaining was probably intended only to force a repeat set. In fact, it was fumbled by Cook Islands on the line and Danny Howard flopped on the lolling Steeden.

Hull’s Faraimo converted and Brad Takairangi sent the restart sailing out on the full.

But despite the error, Souths’ Dargan stepped his way over the line in the 72nd minute for to kill off the Hawks’ second wind, with Marsters goaling.

Reuben Rennie iced the victory in with three minutes left, but replacement  Tevin Arona raced 55 metres down the right wing from the kick-off to underscore their superiority. 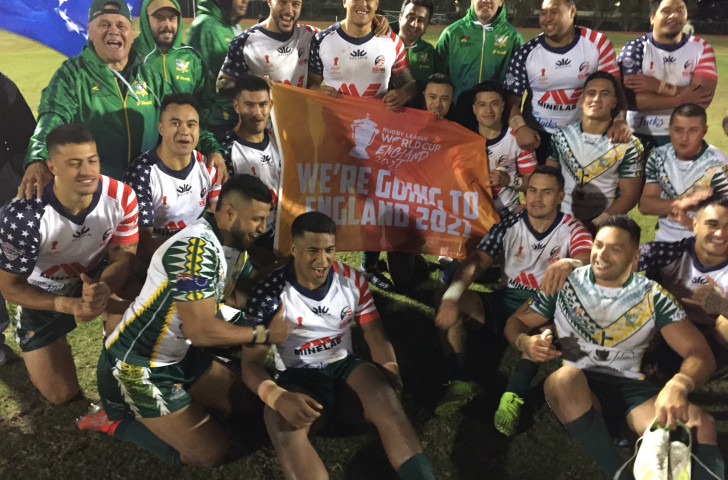