England Women stepped up their preparations for the end-of-year World Cup with an impressive 36-10 win over France at Warrington on Saturday.

Record tryscorer Amy Hardcastle, a centre from Super League champions St Helens, scored two of England’s seven tries to take her remarkable tally to 21 in 21 appearances for her country but Craig Richards’ side were made to work for their win.

England, who are ranked third in the world behind Australia and New Zealand, were 40-4 winners in their previous meeting with the French in Perpignan in October and were coming off the back of a 32-6 win over Wales but they did not have it all their own way at the Halliwell Jones Stadium.

England, who handed debuts to Leeds pair Keara Bennett and Courtney Winfield-Hill after they missed the Wales game through illness, had plenty of defending to do in the opening quarter as France made a lively start.

It took them 17 minutes to open the scoring, York second rower Hollie Dodd wrong-footing full-back Elisa Akpa to claim the first try after being put through a gap by Leeds scrum-half Georgia Roche.

The game was still in the balance when England scored two tries in four minutes to establish control. They exposed a gap on the French right to work Leeds winger Caitlin Beevers over before the strong-running Hardcastle proved unstoppable on a 20-metre angled run to score her first try.

Tara-Jane Stanley’s second goal made it 16-0 but France pulled a try back five minutes before half-time through winger Cristina Song Puche.

The visitors suffered a blow four minutes into the second half when prop Elodie Pacull was sin-binned for a late tackle and England took advantage when Hardcastle forced her way over for her second try four minutes later.

Roche then scored from dummy half after winger Leah Burke had been hauled down short of the line before substitute hooker Fanny Ramos went over for France’s second try and stand-off Elisa Ciria added the goal.

England finished the game on a high, wrapping up the scoring with two tries in the last six minutes through Roche and centre Fran Goldthorp, and Stanley took her goal tally to four from seven attempts. 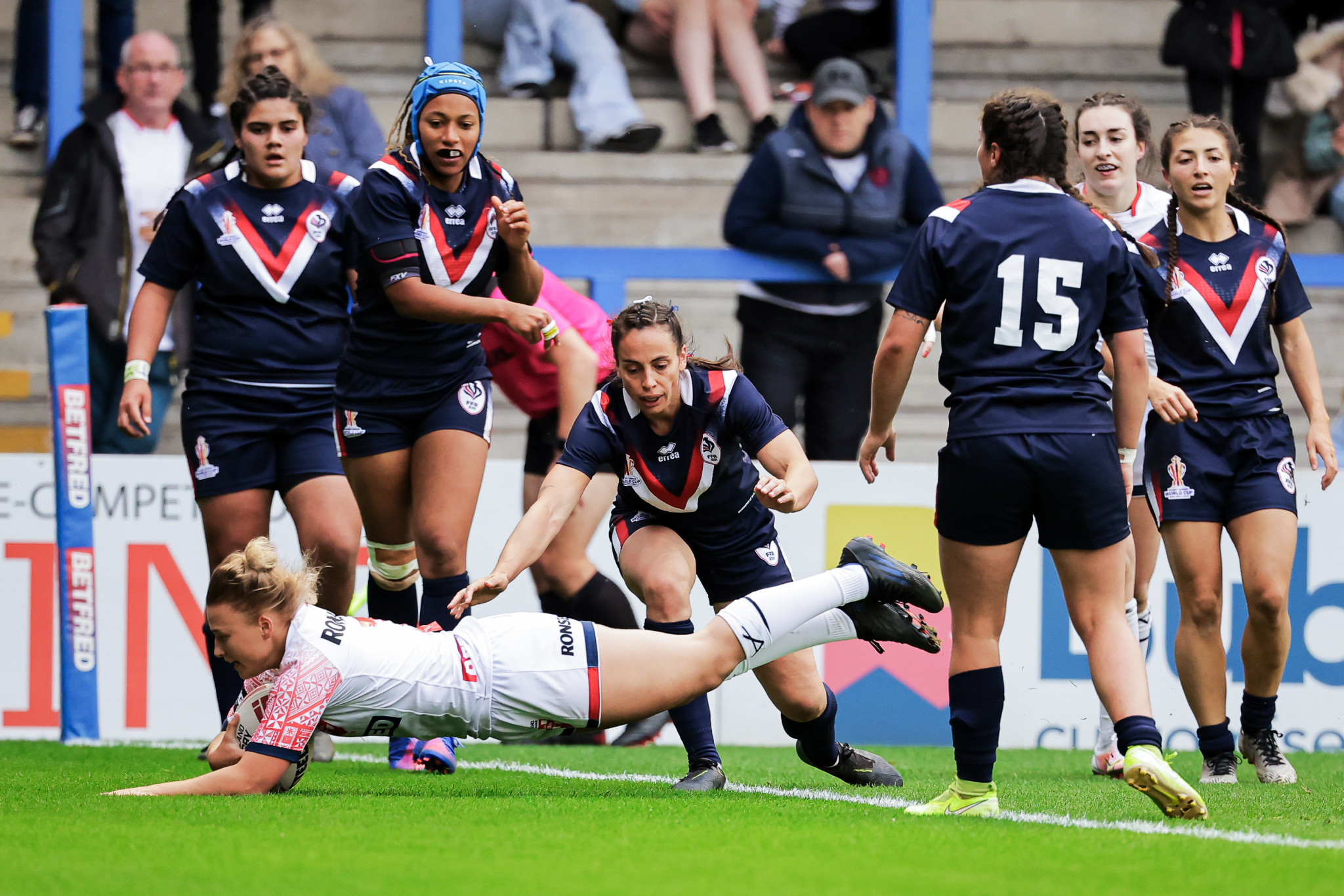