France continued their World Cup preparations with a comfortable 34-10 victory over Wales in windy conditions in Albi.

Laurent Frayssinous’ side ran in six tries in a side dominant with Catalans and Toulouse players. It was Wales’ first international test in more than three years, where they defeated Ireland 40-8 on November 11, 2018.

Salford’s Morgan Escare was named at full-back by France head coach Laurent Frayssinous. Their 17 included 12 players from Catalans and four from Toulouse.

Will Evans, Luis Roberts, Bailey Antrobus all made their debuts in the starting 13, while Lewis Hulme, Tom Hopkins and Luke Thomas made their first Wales appearances from the bench.

Fozard almost broke the deadlock on 11 minutes, only to lose the ball over the try-line.

It was the France captain who opened the scoring on 18 minutes, as Ben Garcia did it all himself to crash over under the sticks for a 6-0 lead. Arthur Mourgue converting.

Mourgue almost extended the home side’s advantage on 28 minutes, only to drop the ball on the line. The Catalans youngster received heavy treatment on his ankle, and would leave the field in the second half.

France eventually crossed for their second try on 33 minutes. Mickael Goudemand barged his way over from dummy-half, with Mourgue once again converting.

It took France just two minutes to cross in the second 40. Eloi Pelissier scoring from close range, this time Escare converting for an 18-0 score.

Wales scored their first of the afternoon on 48 minutes through Butt. The full-back was on the end of an offload from debutant Luis Roberts to cross. Fozard converting.

Escare crossed himself just three minutes later, doing it all himself from dummy-half and dancing around the Welsh defence before Bousquet powered his way over on 69 minutes.

Kear’s men did cross once more, with Dalton Grant scoring in the corner four minutes before time. 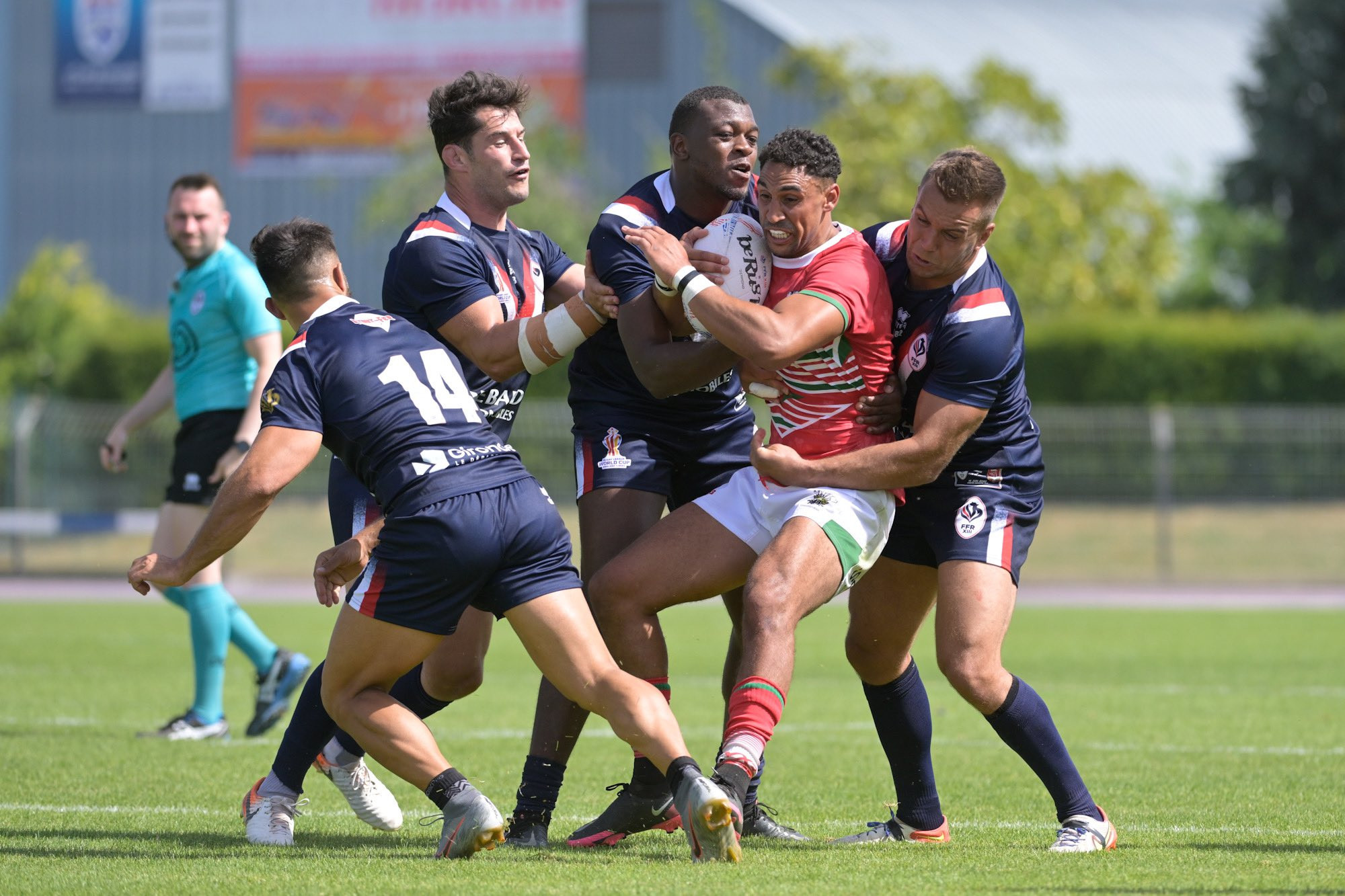