Canada Ravens ran in nine tries to begin their preparations for the 2021 Women’s Rugby League World Cup in the autumn, with a first-ever ‘derby’ Test match win against USA at Burnaby Lake RC, Burnaby, British Columbia. The hosts triumphed 42-10 against the debutant Redtails in fine contest.

The Redtails took a shock early lead through Chicago North Shore hooker Nicole Fisch, goaled by Robyn Oliveri, but trailed 18-6 at the break after Ravens winger Petra Woods, with the first of her three tries, added to scores from Candace Scholten, Meg Pakulis and Brittany Jones.

In the second half, Ontario’s Pakulis and Alberta’s Jones both claimed their second tries, Meg Siciliano also crossing. Ravens’ assistant coach Darryl Fisher commented: “The Redtails started extremely aggressively, all credit to them, both in terms of line speed and in their contact.

“That forced us into errors, penalties and set restart giveaways, and we barely saw the ball for the first 15 minutes. Once we simplified the way we were playing, we slowly began to wear them down. Our forwards, led by Meg Pakulis, then gradually began to take control but hopefully this is the first of a regular series of fixtures between us and is a major boost for the women’s game here.”

USA Redtails head coach, Adrian Cooney, noted: “After taking a few days to reflect on the game we have to take many positives from our performance. We had limited time to prepare and a number of late changes in game week, the team did a great job under the circumstances and will only grow from here.

“Credit to the Canadians who showed their experience after we got off to a fast start, they controlled the ruck and speed of the game throughout and capitalised on our mistakes. It is a learning experience and we know the level that we need to be at, work continues to prepare for our next outing.”

The match also marked the standing down of Canada Rugby League Association president Bob Jowett, who has moved to Manitoba with his employment which will take up an increasing amount of his time. Josh Knight has stepped in as acting president and said: “Bob has been the president of the CRLA since 2018. His contribution to rugby league in Canada has been immense and his legacy as president will continue as we look to continue to grow. He will remain a dIrector-at-large, offering his assistance to the CRLA when needed.” 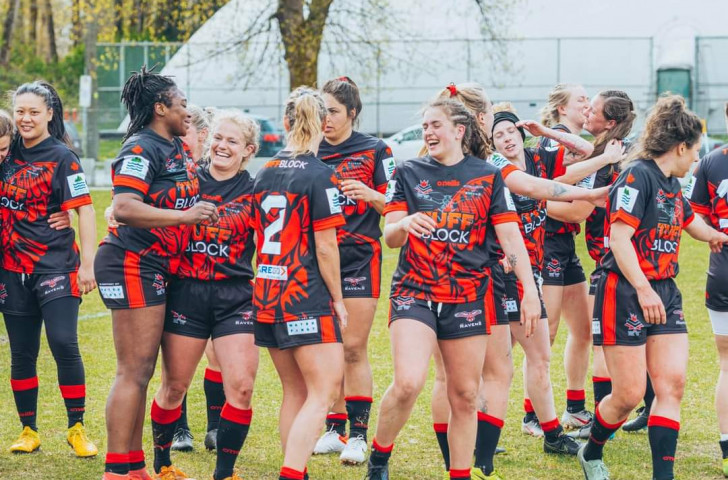