A try five minutes from time by debutant centre Sander Doria, set up by scrum half Laury Renac, saw Netherlands defeat Spain 36-30 in Getafe, in the first meeting of the nations.

The hosts opened the scoring in the sixth minute, prop Valentin Yesa crashing over and Miguel Olivares converting, Damon Koolstra replying for the visitors, Auke Izedra levelling with the goal. Star centre Joran Schoenmaker put the Netherlands ahead but the sides were level at the break, inventive scrum half Roman Pallares and Rafael Garcia with touchdowns for the hosts to give them the lead but Izedra crossing on the stoke of half time to make it 16-16.

Winger Isaac Neiribiu gave the orange men the advantage again in the 48th minute and Schoenmaker’s second soon after extended their dominance. However, Spain hit back to retake the lead in an end-to-end clash, Sadiq Lowo and Danny Garcia crossing, Rapahel Garcia’s second goal and a penalty putting them 30-26 in front going into last ten minutes.

Stand off Koolstra strode over for his second touchdown and Doria’s late strike won it for the Netherlands. Their head coach, Dave Hunter, in his first game in charge, commented: “We definitely got the challenge we wanted today. The match could have gone either way, but we managed to keep our cool and execute our game plan.

“There is still a lot to work on and a number of areas we need to improve in to consistently compete with better sides, but I’m incredibly proud of our guys who’ve embraced a new style and have showed a real willingness to get better. A big thanks to Spain RL for hosting us, hopefully we can return the favour in the future.” 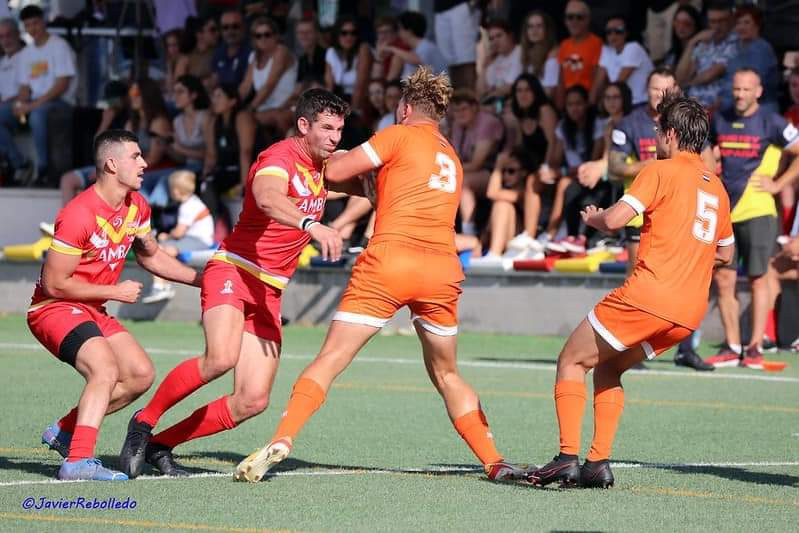