In the preceding Plate Final to decide third place in the tournament, Wales defeated Ukraine 32-7. There was little between the sides in the opening 25 minutes, props Michael Carter and Bradley Williams running hard for Wales and Ukraine responding in kind through Maksym Harmash and Bohdan Stetsun.

Dafydd Orr Morgan delayed a restart after Oleksandr Formiuk defused the bomb in the in-goal area that saw Wales reduced to 12 players with a sin binning, Oleksandr Levandovskyi slotting over a now trademark drop goal to move Ukraine ahead.

Unconverted tries late in the half from Bradley Toy, burrowing over from dummy-half, and Oscar Fisher in the corner saw Wales lead 8-1 at the break. Heavy rain and a strong wind accompanied the second period,  Fisher with his second and Mason Phillips extending the advantage by the 50th minute.

Ukraine showed the spirit that has made them so popular throughout the tournament, building pressure to give the opportunity for Harmesh spring out of dummy-half to add some respectability to the score line, Oleksandr Forniuk adding a difficult conversion.

Back rower Rhys Davies claimed a brace for the Welsh to confirm the win, head coach Wayne Ponting commenting: “Ukraine gave us a massive fright, fair play to them they upset out game plan. Once we got back into it, we found our feet. We finished third in Serbia in 2018 so, with a new group of boys, this is another massive step in the right direction.” 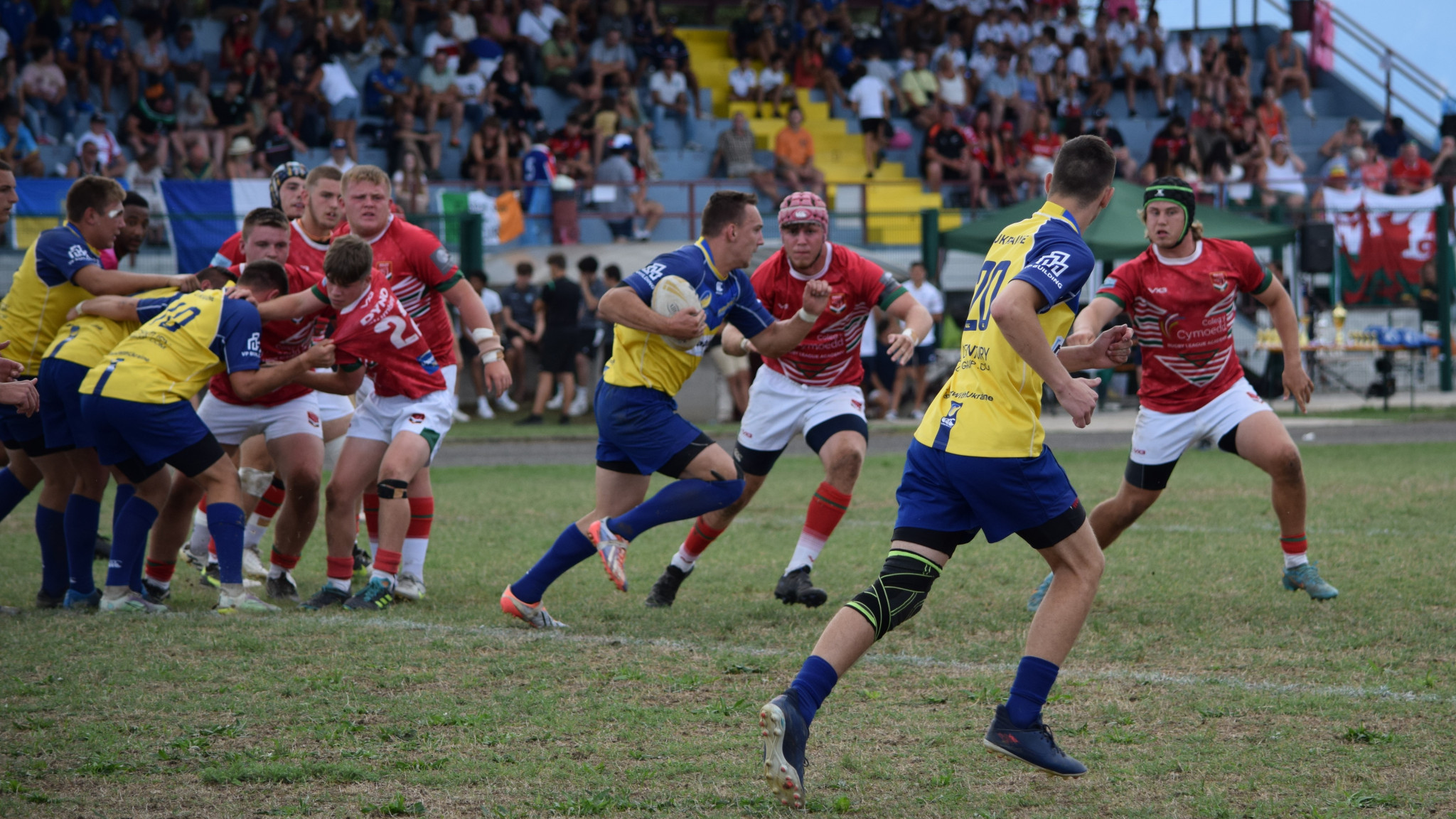