Nigeria’s rugby league players helped celebrate the nation’s independence day by becoming the first side to retain the MEA Championship, defeating hosts Ghana 30-4 in the final, held at a rainy University of Ghana playing fields in Legon, Accra.

Led by young Betfred Super League players, St Helens’ half back Rio-Osayomwanbo Corkill and try scoring Hull KR back rower Daniel Okoro, the Nigerians were too strong in the first half, establishing a 22-0 lead at the break.

“It was a fantastic occasion, the guys played really well,” said Nigeria head coach for the tournament, former professional Bolu Fagborun. “I wanted them to start hot and they did, kicked well, put Ghana under pressure and to play in the right parts of the field, they handled the conditions really well. We spoke a lot during the week about what this tournament meant for us and seeing whether this team can take us all the way to France 2025 and the World Cup, we really have challenged them to progress and they showed their ambition in the sport. This region has a lot of potential.”

Ghana spurned a number of chances in the wet but the Leopards will join Nigeria in the 2023 MEA Cup, which will act as a qualifier for RLWC2025. “Obviously we are very disappointed,” said head coach Andy Gilvary, “But you can’t play for only 40 minutes against Nigeria and expect to get a result. Too many errors early in the tackle count cost is dearly but credit to the boys, they dug in for the second half and turned it around. Nigeria are a slick outfit and we are not far off.” 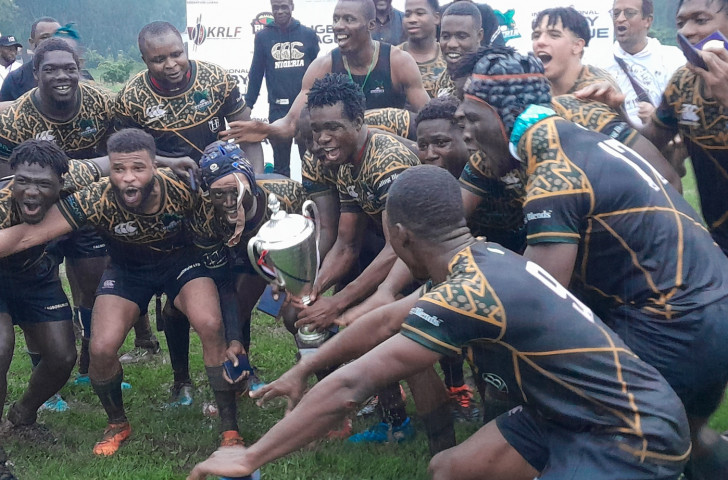