Hat tricks from stand off Benjamin Falcone and outstanding second rower Dean Vicelich, both drafted in to cover for injuries, saw Italy maintain their place in the rugbyleague.com European Cup for 2010.

The gallant Serbians will feature in next year’s European Shield after going down 42-12 in an, at times, feisty clash controlled by Super League referee Phil Bentham.

The greater guile from the Italian half backs proved to be the ultimate difference after the Serbians had taken an early lead.

Loose forward Dalibor Vukanovic created the first try, electing to run a power play on the last tackle and, although Nenad Grbic and busy hooker Zoran Pesic were covered, the ball eventually found its way to Whitehaven’s Soni Radovanovic who forced his way over in the corner from Marko Zebeljan’s pass.

Although Filip Brkic missed the conversion from wide out, it got even better for the Serbians in the 16th minute when Italian full back Robert Quitadamo knocked on from the re-start and, from the drop out, Vukanovic dinked the ball through despite a wayward pass from Pesic, cleverly beating the Italian defence to touch down between the posts, Brkic making it 10-0.

Serbia suffered a setback when influential stand off Austen Novakovic was forced off with a leg injury and Italy began to assert themselves and threaten the Serbian line, with winger Filippo Veronese just failing to take a pass by Falcone when a try seemed certain.

Eventually, Italian pressure paid off and two long range touchdowns in as many minutes around the half hour saw them take a lead they never lost.

Falcone beat several attempted tackles on a run through the middle and Vicelich crossed from 60 metres, Veronese converting both.

The Azzuri took control of the contest in the run up to half time, Vicelich scored his second of the game, forcing his way over from close range following a knock on by Zebeljan and strong run from prop Ryan Tramonte.

Just on half time, Italy extended their lead, hooker John Nasso taking advantage of more gaping holes in the Serbian defence and going on a scything run to score between the posts, Veronese maintaining his perfect kicking record to make it 24-10 at the break.

Serbia started the second half well, as they had the first, and gave themselves hope of a comeback when a king hit forced a knock on from Paul Stanica and Vukanovic showed great strength to power over for his brace following intelligent play from Pesic.

Grbic was held just short to virtually end the Serbian revival and Veronese was denied a try in the corner from a forward pass.

As the game wore on and with both sides uncompromising in their defence, tempers flared at times with Nasso getting a warning for a high tackle on Igor Kasegei just after the hour.

The Italians finished strongly, Vicelich made another big break and put Falcone clear to score and Vicelich completed his hat trick with another long range run, breaking the defence and going 50 metres to cross despite close attention from Vukanovic.

Serbian indiscipline was to cost them a further try when Sic was penalised for kicking out at Falcone in the tackle and Falcone made sure of his treble after forcing his way over from close range, despite desperate scrambling from the beaten Serbia side. 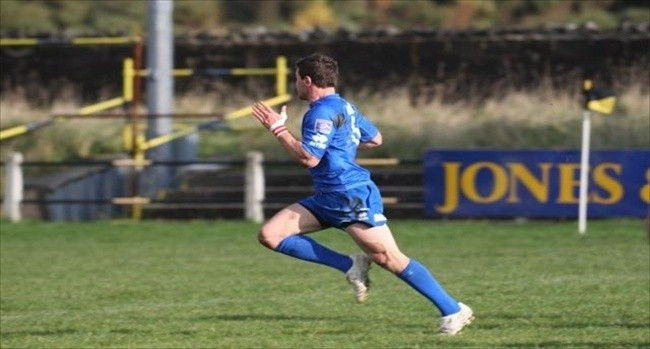