Belgium defeated Holland 32-16 at the VUB-Sports department in Brussels, crossing for six tries. Man of the match Simon Marotte led the way, opening the scoring in the fourth minute after a clever dummy.

Holland, who made 11 changes following their 70-16 loss to Germany in May, responded to lead 6-4 at the break, stand-off Brian Roos with their try, goaled by Uri Breman. Five minutes into the second period, a terrific break by Belgium full back Medhi Hrim saw Lelio Guimar cross, Kevin Williams goaling.

But the Dutch were back in front straight after, great handling sending their best, Marcus Holden over, Breman with the extras. Tries just before and after the hour gave the hosts the ascendancy, Steven Garofalo sprinting 60 metres and prop Sydney-Jordan Muluma powering over, Williams goaling both to make it 22-12.

Holden’s sensational 90 metre run for his second try narrowed the gap to a converted score but Belgium finished strongly. Simon Troquereaux was on the end of some terrific teamwork and Josquin Dewinne went 30 metres to the posts, impressive scrum half Williams landing his fourth conversion. 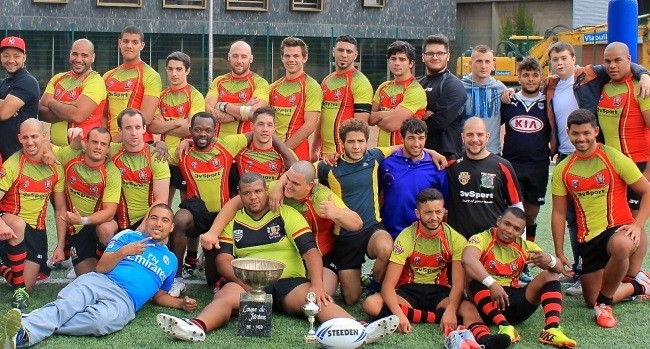