Belgium took the spoils in the Benelux derby, but only after halting a comeback from a battling Dutch team that threatened to see them claim a famous victory.

This battle between traditional rivals saw Belgium race into an early lead after Marco Cagnolati found room to score under the posts, with Yvan Leroyer beginning his perfect kicking day with a simple conversion.

This could have opened the floodgates, but the Dutch were able to hold out the Belgian attack and, through some clever halfback play from Taco de Boer and powerful running from Patrick Funk, they threatened the Belgian line on several occasions.

Belgium weathered the storm though and further extended their lead through Nicolas Bourguin and Adam Bahemou tries as their greater experience began to tell. The Dutch were stung by this, but held out for the rest of the half, leaving Belgium 18-0 up at half-time.

Facing such a deficit, the Dutch needed to start quickly to get themselves back into the game and, as the Belgians did in the first, they scored at the beginning of the second half through Taco de Boer and Belgian pulses must have started racing when Kaas Habeke raced clear to score under the posts, with David Schotte putting over both conversions to bring the Netherlands to only 6 points behind.

Belgium did not wither in the face of the Dutch pressure, however, and took away nearly of the Netherlands momentum when Yvan Leroyer added to his 16 point haul with a long range try. This saw Belgium take control and further tries from Yan Bertrand and Ilias Laarchiri ripped the heart out of the Dutch and saw Belgium run away to a 36-12 win. 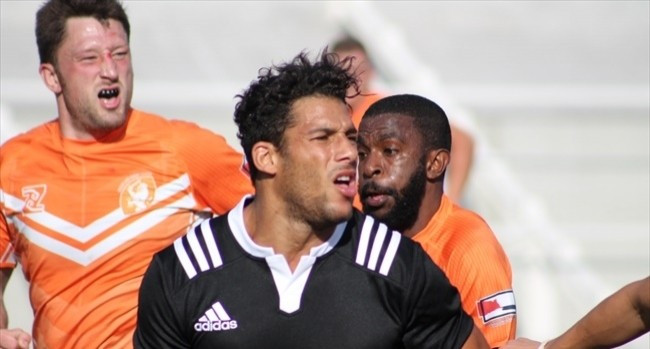