Heavy rain and the threat of severe lightning strikes delayed the start of the match in Jacksonville, FL, but it didn’t stop the Hawks from putting on a point-scoring display in front of a parochial home crowd at the University of North Florida’s Hodges Stadium.

Junz ‘Junior’ Vaivai, playing in his fourth appearance for the Hawks and one of the stars of the match opened the scoring within the first couple of minutes with a nicely worked try that he converted to put the Hawks up 6-0. Vaivai went on to score a hat-trick on the day and was perfect with the boot converting 8 from 8 goals bringing his personal tally to 28pts.

Captain and lock Nick Newlin repeated the dose just a short time later after the USA forwards had worked the ball towards the Jamaican line. The try was converted by Vaivai to see the home team skip out to a 12-0 lead within the first ten minutes of play.

The rain kept falling in North Florida, but the game went on and the Reggae Warriors managed to peg one back when Adrian Hall scored out wide down the left-hand side of the field after some good lead up work. The conversion by Kareem Harris was successful to bring the score line back to 12-6 and it looked like it could be game on.

Upon kick-off, Jamaica immediately turned the ball over handing possession back to the Hawks followed by a series of penalties given away by the visitors that resulted in fullback Gabe Farley crashing over the line with several defenders hanging on. The referee awarded the try, again converted by Vaivai, and the Hawks went to the halftime break with an 18-6 cushion.

The second stanza began in much the same way as the first 40 had ended with another USA try. This time replacement Chris Frazier latched onto the ball and finished off a movement by dotting down. Junior Vaivai was spot on with the points after and the home team now led 24-6. The Hawks were relentless and kept pouring on the pressure and though try as they might, the Jamaicans could not stem the tide.

By now the rain had let up, but the were keen to put Jamaica to the sword and within minutes of the previous score, winger John St John went in for the USA’s fifth try, again converted by goal-kicking whiz Vaivai, to give the Hawks what then appeared to be an unassailable 30-6 lead.

Inside the final quarter of the match, Vaivai grabbed his second try of the day, which he converted, to increase the USA’s lead to 36-6. Not long afterwards, the unstoppable Vaivai notched a hat-trick with his third four-pointer of the evening, which he comfortably converted, that shot the US out to a 42-6 lead with just two minutes remaining in the contest.

Center Taylor Alley then capped off the American scoring avalanche with a try out wide to the right, converted by Vaivai, who was perfect on the evening, to give the Hawks a final 48-6 victory.

USA domestic coach Sean Rutgerson spoke about the performance after the game. “Overall I was quite happy with the performance but we still have a lot of work to do. It’s been 9 months since a number of the boys played at an international level so I was expecting a few cobwebs in the beginning. Conditions were not ideal and forced an unusual amount of turnovers but once we got going into the second half, things ran a bit smoother. Defensively we had one or two errors but overall the team had good line speed and managed to keep Jamaica limited to one score.”

Rutgerson continued, “Kristin Freed, Josh Rice, Hiko Malu, Junior VaiVai all put in strong performances helping their selection chances for the upcoming Rugby League World Cup. A number of players still need to take their game to the next level and we’ll be looking ahead to the North vs South clash in Tampa followed by USA vs Canada in Toronto using both these games as performance indicators.”

USA Captain Nick Newlin also saw room for improvement, “We battled in the conditions for the first 15-20 minutes offensively and put a little pressure on ourselves but we were happy to come away with 18 points at halftime. Our defence was superb as we pressured them, forced errors and played well as a team picking each other up and always having 3-4 in a tackle. It’s a decent way to start the 2017 campaign and I know the guys are excited for September to play Canada in Toronto in what’s expected to be a much more competitive game playing in front of a capacity crowd." 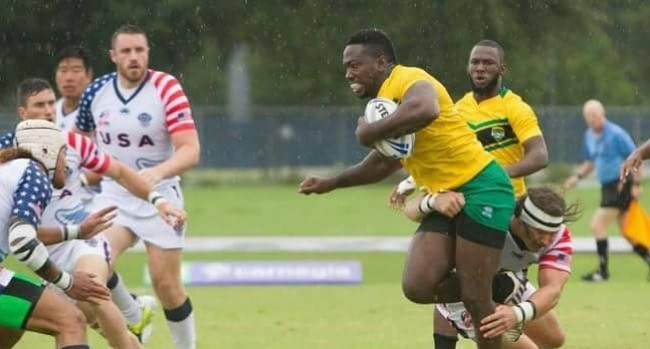