A ruthless, 16-try display saw Greece claim the 15th and penultimate place in the 2021 World Cup - ensuring their debut in the global competition - at the Makis Stadium in Belgrade.

“Serbia were very physical, scored early and gave us a shock but overall everyone is just so excited at playing in a World Cup and what it might do for the domestic game in Greece,” said their head coach Steve Georgallis amidst the celebrations. “We hope it’s the step forward needed and everyone back home will be proud of us. We’ve got a lot of young players and are looking forward to coming to England.”

Serbia opened the scoring on their first attack, James Mirceski going over but five tries in 24 minutes gave the visitors an unassailable lead. Full back Chaise Robinson scored two of them on his way to a hat trick and winger John Mitsias the first of his brace, George Tsikrikas, Terry Constantinou and Jake Kambos also crossing as the Greeks began to run riot.

Hooker Peter Mamouzelos darted over and just before the break, skipper Jordan Meads added a try to his seven goals to make it 46-6 at half time and job done.

Cronulla’s Billy Magoulias, moved to stand off for the clash, scored two minutes into the second half to bring up the half century, Nikolaos Bosmos claimed a pair, and on the hour Nick Mougios went over. In a late spree, the Greeks cemented their famous win with Meads grabbing his second for a 26-point haul and replacement Aris Dardamanis sent over. 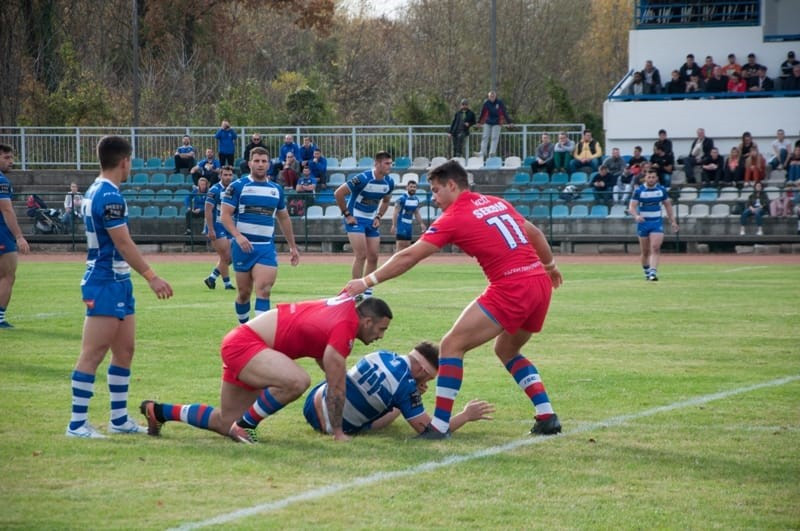