Ireland caused an upset in the first game of the 2021 Wheelchair Celtic Cup as they defeated hosts Scotland 32-52.

A tight first half saw Ireland gain an early lead with Tom Martin picking up a first half hat-trick and Peter Johnston keeping the scoreboard ticking over with accuracy at the conversions.

Scotland kept in touch with a Callum Young brace and Jay Anderson’s well worked try which saw the hosts trail by just four points at the break.

Ireland were unstoppable in the second half, with debutant Toby Burton-Carter scoring an early brace and Rick Rodgers adding his name to the score sheet shortly afterwards. A further score for Martin before Johnston added two more to complete his hat-trick gave Ireland an unassailable lead.

Scotland clawed back some dignity with some late consolation tries through Callum Young completing his hat-trick with a flowing move into the corner and Michael Mellon’s short-range effort in the final minute. 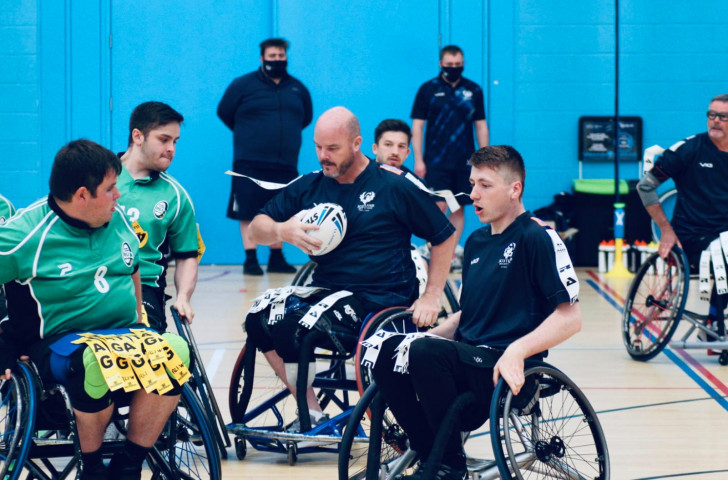