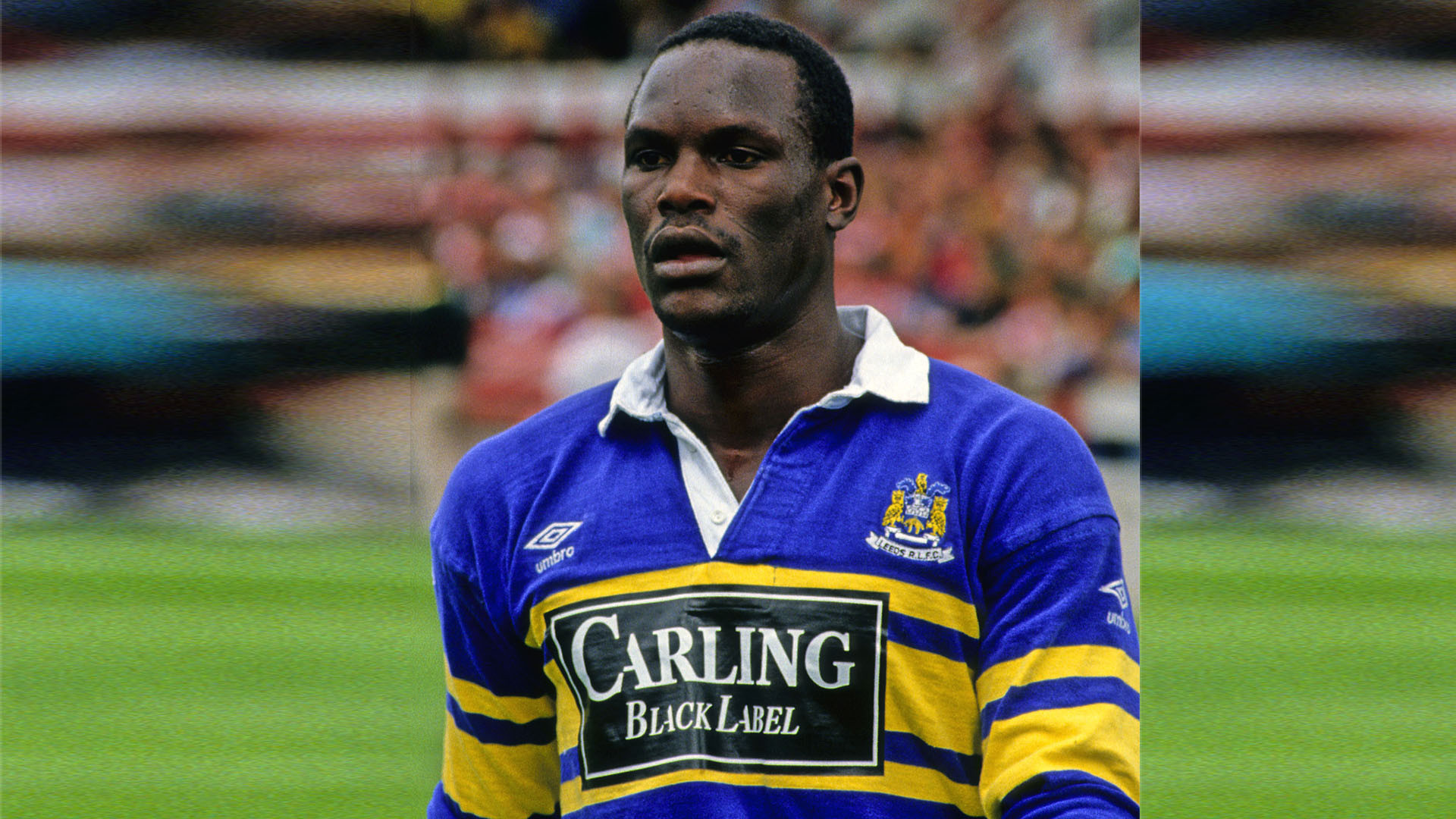 With Martin Offiah establishing himself at Widnes at the beginning of the 1990s, a number of other clubs were looking at where they could unearth similar, unknown talent.

At Leeds, there was an unexpected addition when Kenyan rugby union winger Eddie Rombo asked for a trial.

His four tries and starring role in the Wigan 7’s, where Leeds just lost out to the hosts in the final, ensured him a deal.

The first and one of the very few from the country to try their hand at professional rugby – former Widnes and Oldham player Lucas Onyango another - his excellent side step and genuine pace subsequently took him to Dewsbury and then Featherstone.

He is still regarded by many as the finest rugby player of either code Kenya has ever produced. Now he is back in the 13-a-side game as head coach of the Kenya Rugby League national side preparing to make its international bow.

“I could not run away from rugby league,” he says, speaking from Nairobi and still keeping in contact with some of his contemporaries like Ikram Butt and Colin Maskill.

April saw the conclusion of the first full domestic season in the country, ending in an inaugural Grand Final, and there are plans to lengthen the competition.

“We hope to start again in July and run to roundabout December, with a Test series against South Africa about a month in, when we can pick a good set of players, and a busier year than our first one,” Rombo confirms.

“Building on that, we hope to establish more clubs and move the calendar to March and play for eight months. We are planning that every year we get stronger, and more people involved.

Post playing, his coaching career was back in rugby union.

“After I retired, I came back to Kenya. My first job was as a solicitor and I had to settle down and establish myself in a legal practice.

“At that time I became a coach of the Kenya 7s team that played occasionally in the world series.

“I was also team manager and then, after three or four years, I joined the Kenya RU board as a director but my work schedule made it difficult to continue full time, so I did that for another four years and then settled into my own law firm.

“Sport in Kenya is more amateur, something you do out of your own goodwill, it’s voluntary, so work had to take precedence, but we always attempted to start rugby league here, way back to about 2009.”

He enthusiastically continues: “Whenever I coached union, I used to make the guys play league at training and they loved it. That made them strong and physically adept and it was just a matter of when we started to formally play the game properly.

“In trying to set up a federation, we came across a lot of problems, like so many other places. In Kenya they think rugby is just one sport and you can imagine how hard it was to educate them that league is different although it may look the same.

“In Kenyan law, you can only register one organization using the word rugby and, for them, union was the only one that could be allowed.”

It’s a common tale, one that has stymied growth of the sport globally but, eventually, Kenya Rugby League prevailed.

“We had to go to court and plead our case that we were something different and that took about three years,” Rombo acknowledges.

“Eventually we won and the registrar of sport’s organizations was compelled to recognise us as a national governing body.

“That happened in 2015 or thereabouts and that’s when we started work at ground level, registering clubs, attracting players, having sessions on Sunday’s so that those in union could play their matches on Saturday’s, and it has grown from there.

“Initially we had about 40 players training so we felt encouraged and the game is easier for us to adopt compared to union.

“It is straightforward for us, we can run hard and run fast, the rules are less technical, it is easier for us to play and enjoy, and the game took off from there.”

Once governance was sorted out, progress was relatively swift, says Rombo. “We had a group of guys who went off and formed clubs. We registered the first four in Nairobi where we based ourselves but since then, we have formed clubs in Kisumu, two in western Kenya, which is a good catchment area where a lot of the rugby talent is based.

“We got another from the middle of the country and one from the police so we have eight playing regularly and a women’s competition with four clubs. There is age group rugby, so kids are starting to be introduced to the game.

“We actually have a set of players who have come from school straight into rugby league, they have been brought up knowing only the game, which is a growing trend.”

History was made in early April at the Impala Stadium, Nairobi when Kisumu Winam defeated Rift Valley Ruffians from the Nakuru region, 34-20, in the first-ever Kenya Rugby League Federation Grand Final.

Rombo is looking at how that can be translated into a competitive national side.

“We are establishing links with South Africa,” he confirms. “I can remember when I was in England they had a national side that played in the World Cup, they are trying to revive the game there and their coaches have been here a couple of times.

“We had planned to have our first-ever international against them last year but Covid put an end to that and we had to postpone it.

“Six years ago there was a game against a team from Italy that had come over here on holiday and someone made contact. So we cobbled up a team, including some exiles, which trained together for about a week and then we travelled to Mombasa to play! That was our first unofficial game here in Kenya.

“Now it is a bit more organised and we are looking for further international links, we are talking to Senegal, Ghana and establishing contact with the Middle East. I’m sure by next season, if we could be having three or four Test matches, that will be very good for us.”

He acknowledges how staging the Grand Final helped break down barriers further.

“For us, it was a very big stepping stone. We had play offs and it was a major milestone for us. We have a proper championship now and we have to keep that going.

“After that the media interest was immense, and they realised that it was league not union. The national television who turned up saw the difference and went, ‘wow, this is a nice game.’

“It was an eye-opener for most Kenyans when they watched it on tv and the publicity and interest was very good for us.

“A lot of people know me and they realised that, “Oh, Rombo likes rugby league” having only known me as a union guy.”

Also on his radar is playing in a World Cup qualifier, 2025 in France may come too soon for the men, although perhaps not the women.

“We were very happy to get our observer status, that was the first stage to even be able host Test games,” he notes.

“To be part of the World Cup we have to be affiliate members and that enables us to plan ahead and then, who knows. The qualifiers are what we are working towards – and we think we can make it.”