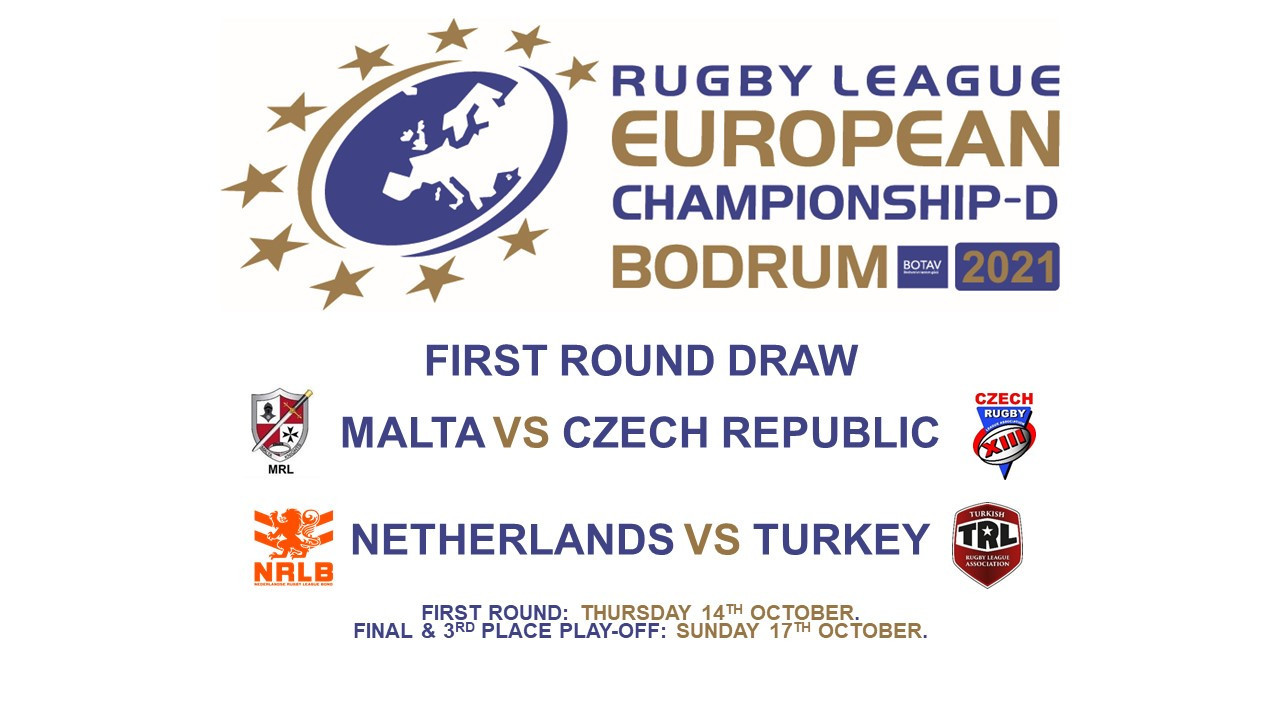 The draw for Round One of Euro D, scheduled to take place on Thursday 14th October in Bodrum, has been confirmed following the draw taking place on Tuesday.

Malta were drawn from the bag first and were paired with Czech Republic for the first game, leaving Netherlands and Turkey who will contest the second match.

The winners of each game will then meet in the Euro D final, with the losers playing off for third place.

“With all four teams knowing the draw, they can step up their preparations” said David Butler, European Rugby League General Manager. “Domestic activity is taking place in all four countries which is helping their preparations and we look forward to the four teams meeting in Bodrum and serving up a great tournament!”