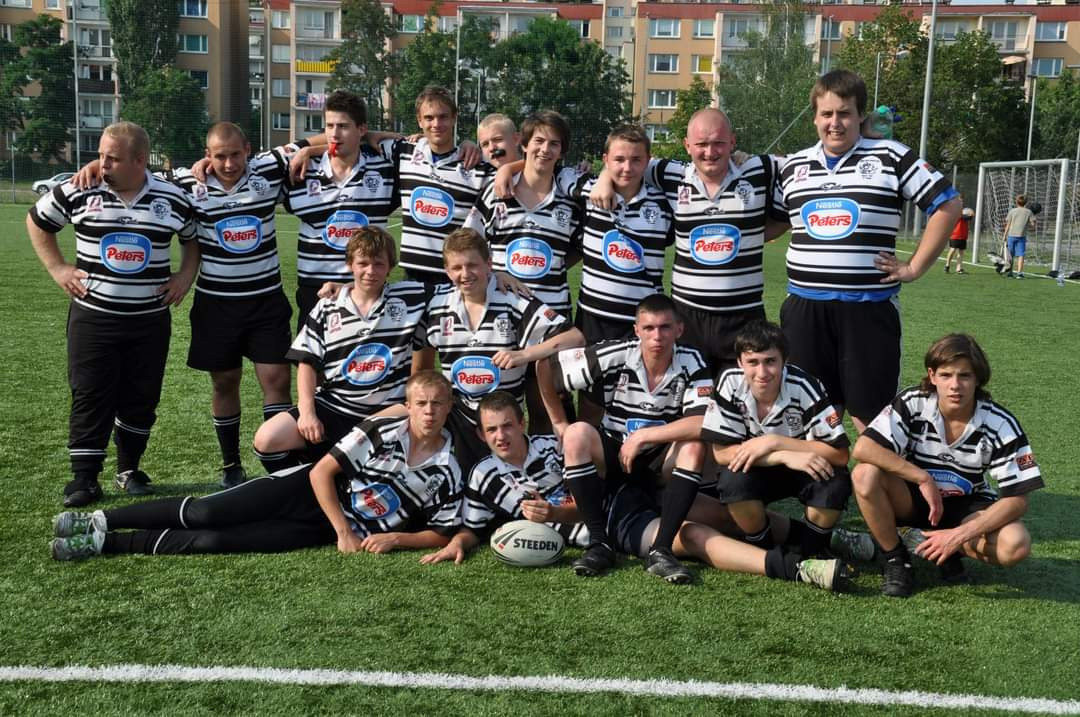 The start of the new domestic season in Poland has also celebrated the tenth anniversary of the sport being played in the country. Three teams took part in a 9s festival to relaunch competition post-restrictions, Lodz Magpies winning both their games, 18-14 against hosts Skierniewice Razorbacks and 30-18 over Husaria Kalisz, whilst Kalisa defeated the Razorbacks 40-10.

Afterwards, a 13-a-side exhibition game was played mixing up the players, with Blacks beating Reds 40-22. Player of the round was Sergiusz Kalwinek from Husaria Kalisz.

Chris Bird, Razorbacks' president and PRXIII board member, said: “We had the privilege of hosting the first round in Skierniewice. All the teams played some great and exciting rugby league along with players from Warsaw. The end of the tournament saw them all mingle over a BBQ, where a good time was had by all. It was not only an  important event for the Razorbacks, allowing us to gain exposure for new potential players but also for Polska Rugby XIII.”

Lodz Magpies' prop, Dawid Krawczyński, added: “Coming out of Covid-19 restrictions and lockdown meant it was very important that we got players back on the field again in Poland and enjoying our great sport with a smile on their faces. For that reason alone, the first round of MPRL 2022 was a resounding success and we look forward to the further rounds. I've been playing league for six years now, and I love both the game and the community we have here.”

Mateusz Kłosiński, Husaria Kalisz's coach, noted: “I am very pleased with our performances. The improvement in our quality and organization was evident with every passing minute. We are a young team made up primarily of 18-year-olds and some younger players but we are ambitious and our goal would be to make it to the Grand Final. I hope that playing in the remaining tournaments we will keep developing and getting better and that we haven’t said our last word yet.”

Before kick off, all the participants observed a minute of silence a memory of Stephen Kolodziej, the Poland international who died suddenly at age of 39.

The first rugby league match in Poland was played on 1 July, 2012, when Lodz Magpies RLFC faced the Great Britain Student Pioneers on the field of ZSO No.1 in Łódź, the first of three encounters undertaken as part of the ground breaking tour.

“The visit of GB Pioneers in 2012 was a key moment for the development of rugby league in Poland. For us, it was our first contact with rugby league at this level. We learned a lot and gained motivation to continue the hard work,” recalled Łukasz Łucka, president of Polska Rugby XIII and a participant in the historic match.

“Back then, we were a rookie team that was at the same terrified and excited with the idea of playing against a representative side,” said Jacek Gałęza, who also played and now a rugby league referee. “Despite the extreme heat, a difficult rival and an astroturf pitch with a dry and rough surface, nobody surrendered and we tried to give our best. The most important thing was not the result, but the very fact of participating in such a unique match for us.”

“I have very fond memories of my trip to Poland,” noted Pioneer, James Szymik. “My grandfather was born in Poland, so when I received an invitation to come to this country with GB Pioneers, I was very excited. It was a brilliantly organized tour and a fantastic experience. There I met a small group of volunteers who dedicated themselves to introducing rugby league to Poland as a new sport in this country.

“My favourite memory was trying to get a few cones to mark the try line on the pitch. With no sports store nearby, we had to use lemons cut in half - now that’s real grassroots development! After spending time with Łukasz and his friends, their passion turned out to be contagious and I decided that I wanted to do my best to help them and became a member of the PRXIII board. This group of volunteers has achieved a lot during this time and they should be extremely proud of themselves.”

The next round of the MPRL 2022 will be held on 13 August at the KS Budowlani Stadium in Lodz.

Picture – the original Lodz Magpies in 2012.