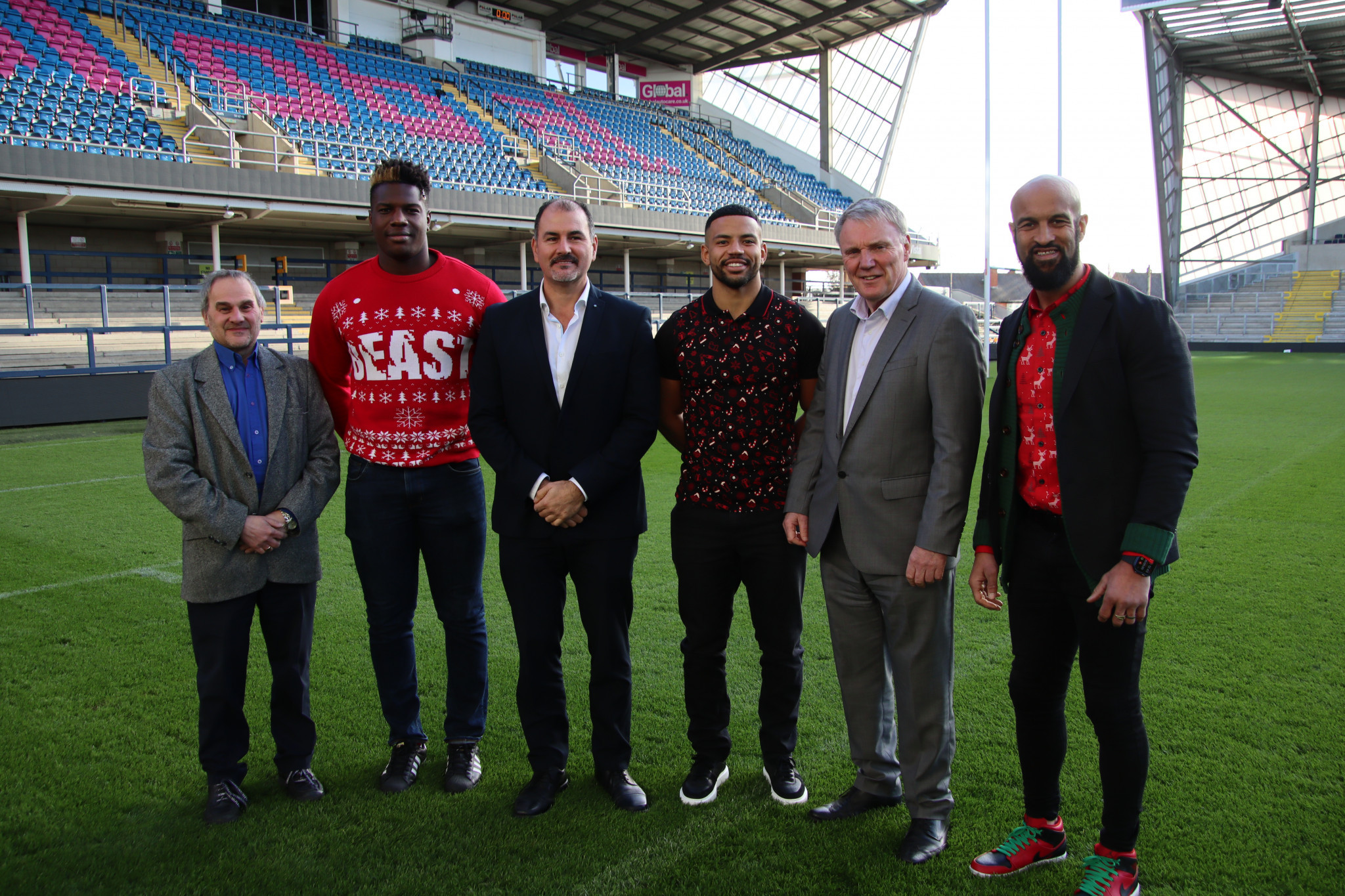 The Kenya Rugby League Federation and Leeds Rhinos, through their charitable Foundation, have signed a memorandum of agreement to help further the sport in the East African nation. Kenya’s men played in their first major competition in late summer 2022 when they competed in the Middle East Africa Championship, and have now partnered with the Super League club to help further develop the sport there.

Rhinos CEO and Foundation trustee, Gary Hetherington, commented: “With our ‘one club’ philosophy, we are committed to try and spread the word and brand as far and wide as possible, and to make the biggest difference in as many communities that we can. There is tremendous potential in the African region and we are determined to do everything we can to help and support that with the expertise we have within our organization.”

Most recently in Kenya, 16 teams participated in the Rift Valley Rugby League Festival at the Nakuru Athletic Club, seven of them men’s sides, four female and five junior, with Winam champions in the men’s competition and Ruffians Academy taking both the women’s and junior titles.

A further link between Leeds and Kenya is that their men’s national head coach is Nairobi-based lawyer Eddie Rombo, who played for Leeds in 1990-91 before moving to Dewsbury.

“I'm elated at the partnership KRLF has entered into with my former club,” said Rombo. “We are very grateful to form this which will see us benefit immensely from the great wealth of experience that LRF have in developing rugby league, and we look forward to the coaching and player development programmes and assistance in other areas like marketing and promotion and the provision of training equipment. This is all in line with our long term strategic plan to be the leading rugby league nation in Africa and compete favourably in international competitions and to make the Rugby League World Cup in the near future.”

John Mbai, KRLF director of growth & development, added: “The partnership will go a long way in improving our development and elite programmes as we continue to grow the game nationally and strive to become a powerhouse nation in rugby league.”

“We have shown our commitment to not just spreading the game in our local communities but offering the hand of friendship and support wherever rugby league is played,” said LRF chair, Phil Caplan. “This is an ideal opportunity to offer expanded horizons for all those who play and coach the game in Kenya with the sharing of best practice and, hopefully, mutually beneficial visits between Leeds and Kenya.”

MEA development manager, Remond Safi, commented: “This is another step towards improving the standards and playing pool in one of the fastest growing regions for rugby league and sees another Super League club illustrate their commitment to strengthening and enhancing the sport in Africa. I am sure this will be the start of an extremely productive partnership.”