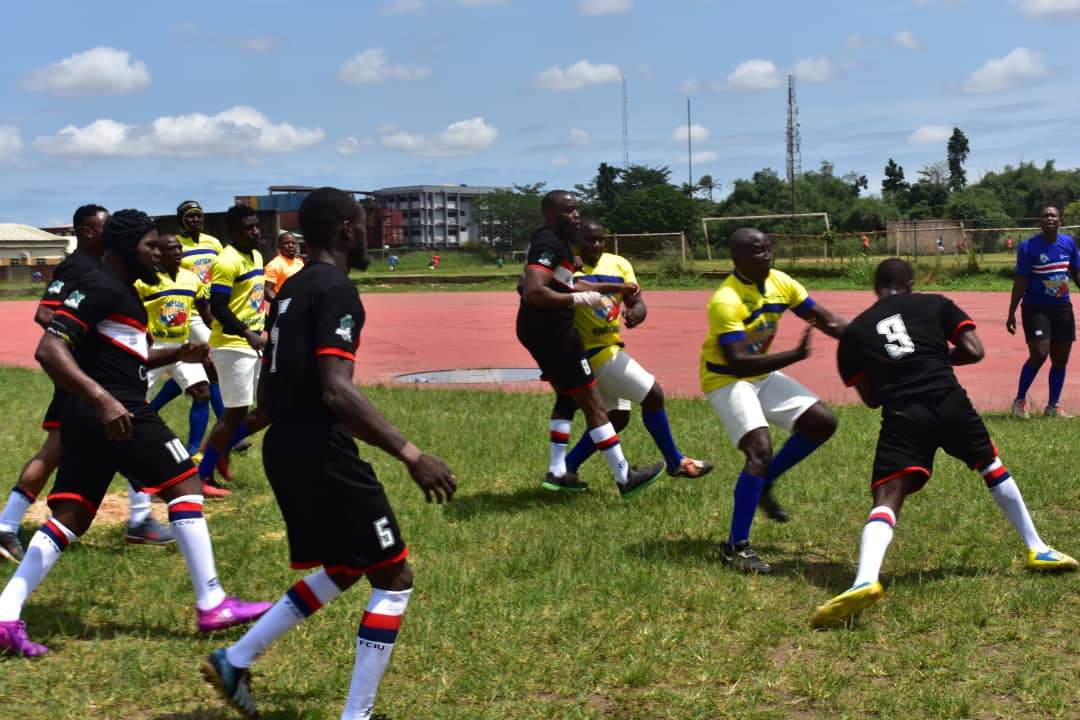 Having made major strides in 2019, creating a domestic league structure, winning the Middle East Africa championship and attaining a world ranking, the Nigeria Rugby League Association’s expansion plans were understandably put on hold in 2020 due to coronavirus restrictions.

There was some activity last year including the first Lagos 9s tournament - contested by five teams from the Southern Conference - and inaugural exhibition matches for U18s and women, held at the Naval Baraks in Mushin.

With both federal and state government now gradually easing restrictions and allowing sports complexes and competitive matches to commence, the NRLA has confirmed its season schedule for 2021.

“We are very excited in seeing our carefully planned strategy playing out successfully,” said Michael Ogunbiyi, NRLA director of strategy and planning. “In such a short time we have become the highest ranked nation in Africa and been elevated to status of Affiliate member by International Rugby League. Our plans for this season see increased participation not only in the men’s competition, but in the women’s and U19 categories. Our strategy as an association is to develop Nigeria’ s youth both on and off the field and we are excited to be commencing our Youth Outreach Program, designed to recruit more players at much younger ages, initially targeting 12-16 year olds.”

NRLA chairman, Abiodun Olawale Cole added: “Rugby league in Nigeria is at its infancy stage and we are very excited to be pioneering the game here. It is extremely encouraging to see the pool of talented athletes available within the country. We intend to further strengthen the game by ensuring both regional and international sanctioned friendlies, with the ultimate aim of qualifying for the 2025 World Cup.”

“With the MEA championship cancelled for 2021, it gives us the time to prepare for 2022,” noted vice chairman and founding member of the NRLA, ex-professional player Ade Adebisi. “Our intention is to create a much larger pool of talented homegrown players who would qualify for the national team, as well as harnessing  those of Nigerian heritage. We intend to add 15 schools in the South West this year to participate in a tournament. Each school would be attached to a club.”

Ike Eneli, NRLA director of rugby commented: “We have an ambitious schedule which will serve to build awareness, provide our players with more game time, and creating a more competitive environment. We are thankful that despite disruptions caused by Covid, our players stayed fit, continued to keep to protocols and when permitted commenced training as a group. The local leagues will keep a similar format to 2019, however, every club is now expected to play each other twice. The top two teams from the Southern and Northern Conferences will face each other in the semi finals.”