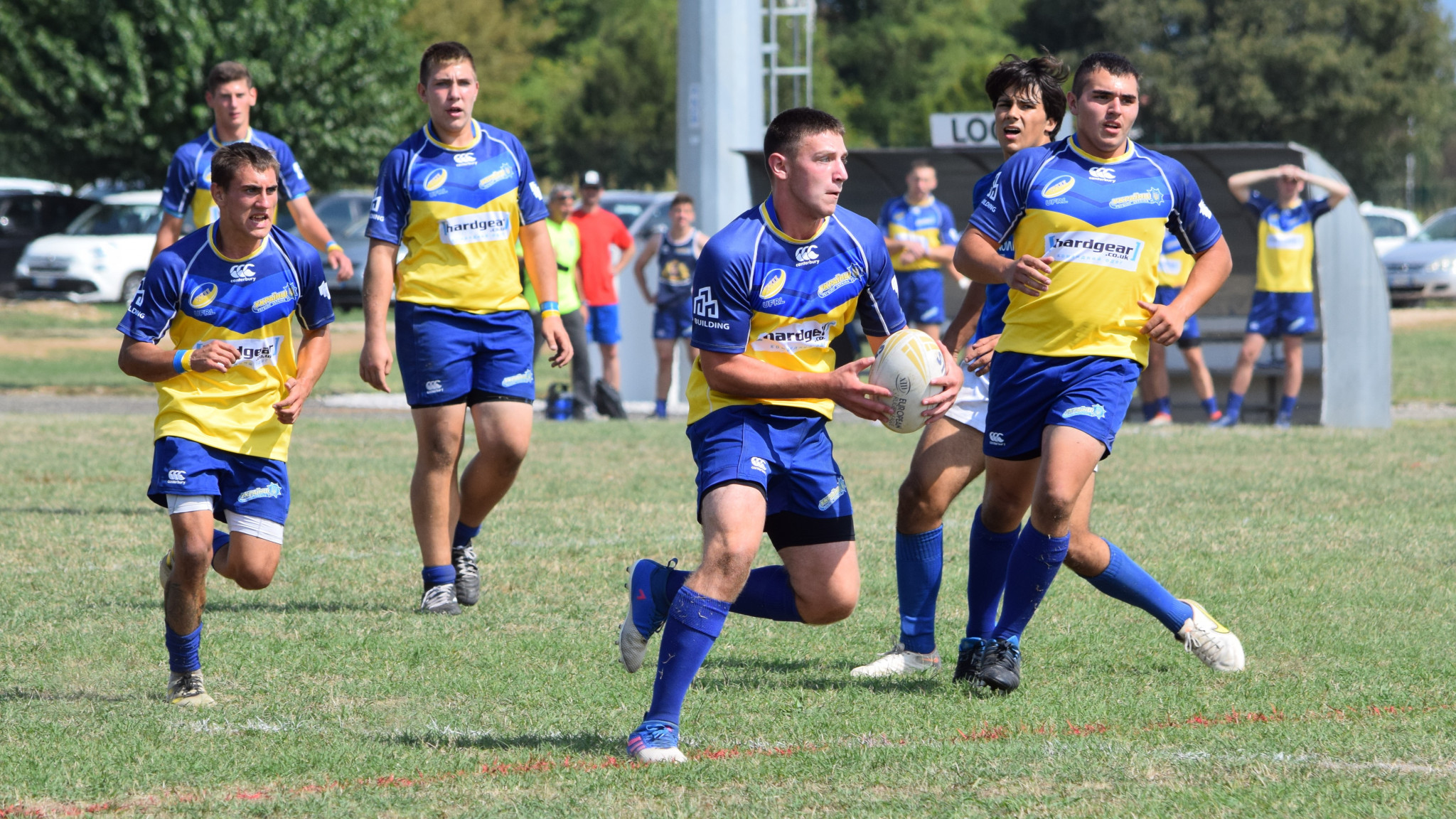 Following the tragic passing of assistant coach Gary McMahon at the U19s European Championship in Udine, Italy over the weekend, the England team has decided to take up their place in the semi finals against Wales tomorrow (Tuesday), in tribute to him.

Tournament director, David Butler, said: “We have worked with the England Community Lions squad to ensure they receive the necessary support after such devastating news including from Steve McCormack, director of welfare for Rugby League Cares, who is here with them in Italy.”

The Community Lions finished second after Saturday’s pool stages, which included a 14-4 win over the Welsh. England’s performances improved throughout the day, whilst Mark Jones’ men only conceding 40 points in their six matches.

Ukraine booked a berth in the semi finals after recording an historic win over Ireland, while also dispatching Italy and Serbia. Having received a standing ovation from the Pasian Di Prato crowd before taking the field for their first game, Oleksandr Levandovskyi’s kicking proved crucial against the Irish, converting both Yevhen Checheta and Ivan Lipisii’s tries to edge them ahead as the whistle went.

“It was a super Saturday for us,” said Artur Martyrosian, president of the Ukraine Federation of Rugby League. “We are rubbing shoulders with the top teams in youth rugby league in Europe. I am very proud of all our players who worked so hard to get here and all day to secure great results. We will continue to prepare well and do our best.”

Ukraine’s opponents will be holders France, who dominated the day conceding only one try scored by Andy Djeukam of England throughout their six 20-minute games, as head coach Eric Anselme rotated his squad.

The European Plate will be contested between Ireland, Italy and Serbia who will meet each other in 40-minute games tomorrow, with a further round of fixtures on Saturday, the top of the table nation being crowned the winner. Ireland will go into it as favourites following valiant performances against England and Wales.

Hosts Italy will be hoping that their win over Serbia, which included a Davide Saita brace, will be a platform that they can improve from. Serbia are looking for their first win, with Darren Fisher’s side looking to use the longer-format games to gain some momentum.

All the action will be live streamed here: https://www.nprugby.it/campionato-europeo-rugby-league-under-19-diretta-streaming/