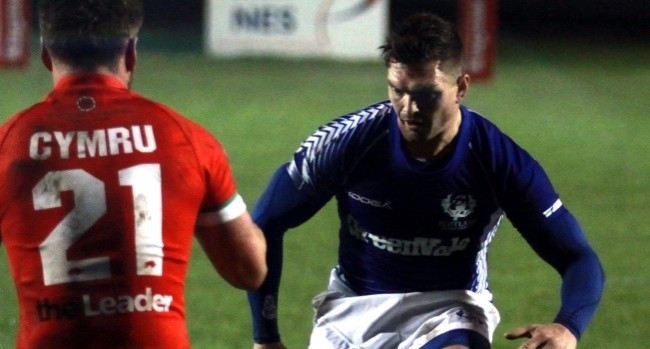 Avoiding defeat at Netherdale, Galashiels against France on Friday night will secure Scotland their first-ever rugby league title and qualification for the 2016 Four Nations tournament.

Steve McCormack’s men, who have convincingly beaten Wales and Ireland, have even more reason to celebrate, the Halloween encounter marking the 20th anniversary of the formation of the Bravehearts and the tenth year of the coach being at the helm.

McCormack makes two changes to his 20-man squad for the game, with Leigh Centurions prop Jonathan Walker returning from his one-match suspension to take the place of Joe McClean, who made his debut against Ireland last Saturday, and uncapped London Broncos centre Harvey Burnett replaces injured Brett Phillips.

Son of a Glasgow-born policeman, Burnett impressed on his Scotland U19s debut at the Commonwealth Championships this summer.

“We can do it, definitely,” said Huddersfield Giants star Joe Wardle of the Scot’s chances. “If we play like we did in Ireland in the second half, we are with a chance.

“Winning the European Championship would be outstanding, an amazing achievement for Scotland and give us the chance to play against England, Australia and New Zealand. We can do the country proud.”

France know that to head the table, Richard Agar’s men must win by a margin of 18 points and then their fate will be in the hands of Ireland, who play Wales in Wrexham on Sunday. The Tricolors have named an unchanged squad and assistant coach Olivier Janzac has no doubt about the size of the task that faces them.

“Our defensive structure was better against Wales,” he said, “But we need more vision on attack and to find a way to combat Danny Brough’s exceptional kicking game – he is a true leader of men.

“The atmosphere is very good within the group. The players want to do well, we are still in the race.